poems about the rain/poems to place in the rain 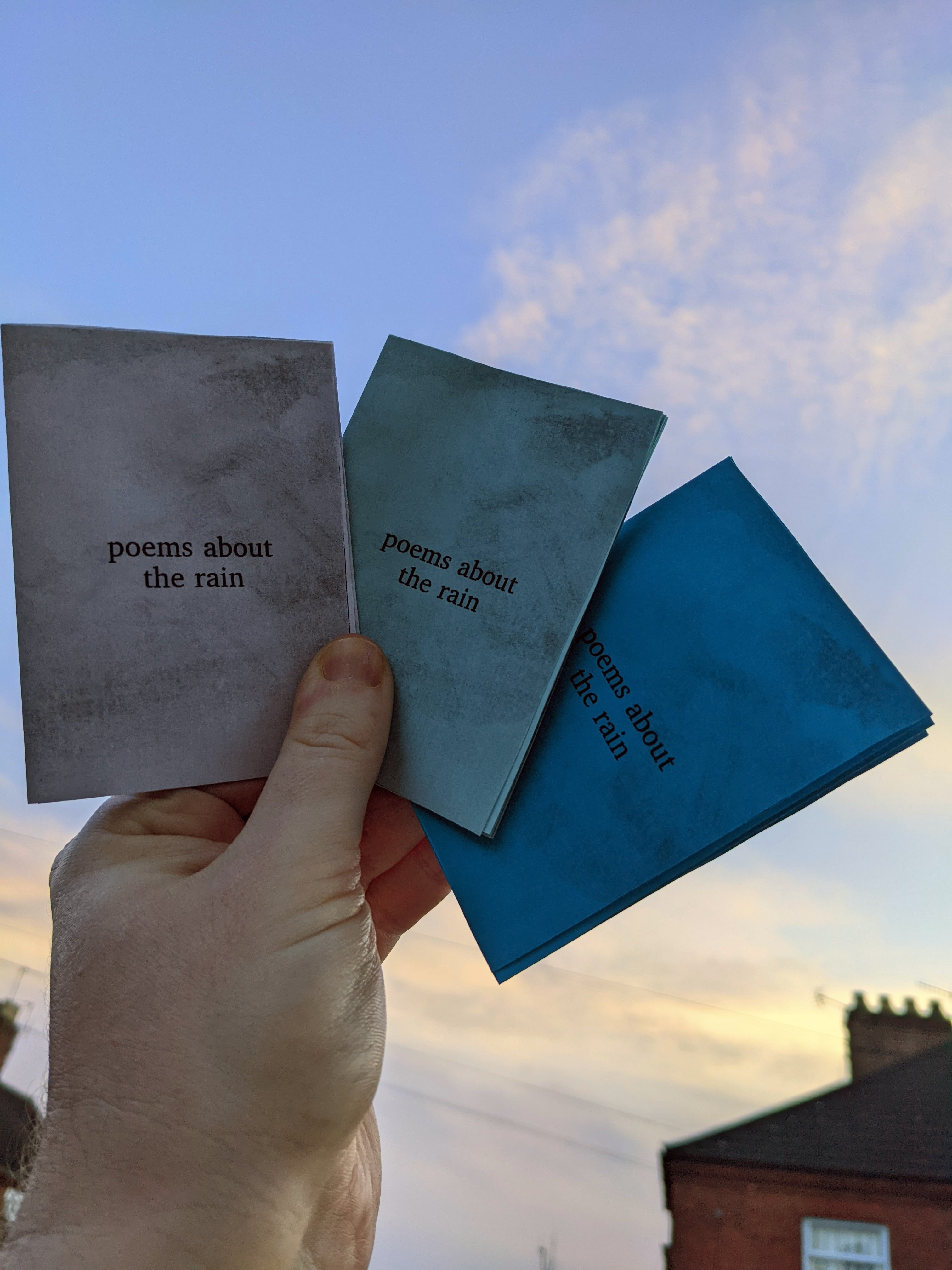 Alex Russell's latest publication, poems about the rain, is a micro-collection of six short poems using weather to explore responses to the uncontrollable, with the speakers of the poems gradually shifting outlook across the piece.

Accompanying poems about the rain is a series of visual poems and image macros, poems to place in the rain. In congruence with the residency taking place through a vending machine intended for children's stickers, these works are shared as colourful weatherproof decals.

Each piece is an expression of love, longing, or a feeling of abundance, and those engaging with the work are invited to place them in spaces which risk being considered bleak and discouraging attention. When displayed publicly, the pieces hope to bring a point of brightness to the surroundings and invite reflection to observers.

Alex Russell is a Norwich-based nonbinary poet and mental health worker. Their writing has been published by McSweeney's, Ghost City Press and Salò Press, among others. They have read at libraries, arts centres, drag performances and house shows, and held workshops for charities, schools and the NHS Wellbeing service.

In addition to being an editor at Placeholder Press, they have edited anthologies of creative writing for OPEN Youth Trust, been part of the judging panel for Newfound's Anzaldúa Poetry Prize, and the editorial panel for Beyond Queer Words. While receiving a poetry prize from Café Writers that paid their winter heating bill (with a little left over for a new chapbook stapler) was likely their most notable accolade, they are also proud of being a finalist for an unofficial Taco Bell writing residency, recieving a bobblehead from Netflix in response to one of their poems, and a bird they have never met in Michigan choosing one of Alex's poetry posters as their favourite roosting spot.