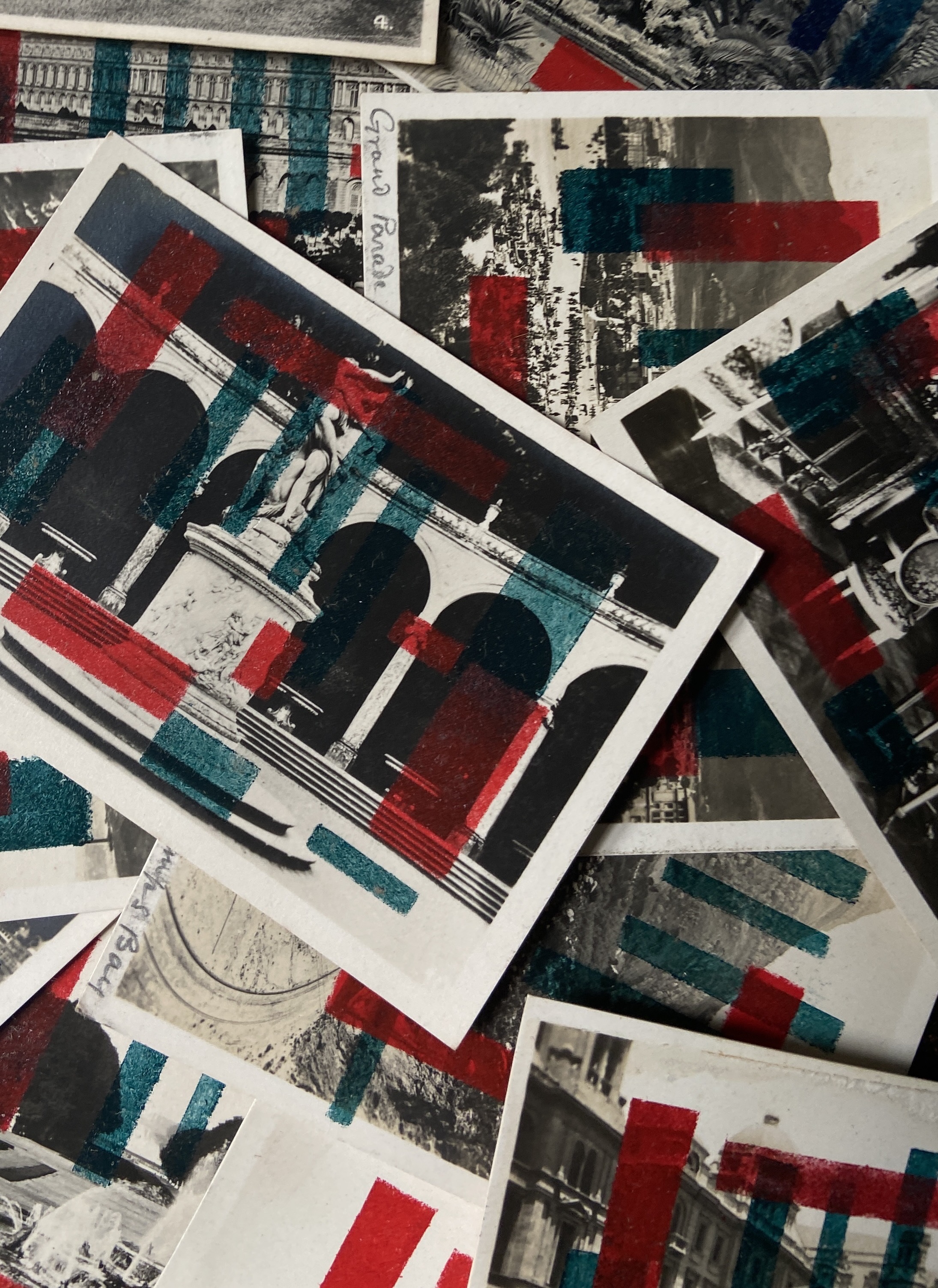 Dark Harbour developed as a project resulting from disappointment. Failing, through hesitation, to buy an artwork, I set about recreating, from memory, what I wanted from the lost work. A compositional structure became established, together with a field of verbal imaginings and allusions, which have been taken across a range of media, collage, stitch, printmaking, sculpture and drawing. It quickly became apparent that Dark Harbour was creating more by its absence than by its still missed presence, a nostalgia for something that never was. Dark Harbour is about wanting something that is not what I wanted it to be, about the space of disappointment and wanting, and the compensations and comforts of loss. It is all the places I have felt comfortable of being wary of, and those places that I have felt wary of being comfortable with.

Julian Walker trained at the City of London Polytechnic (formerly ‘The Cass’), where he was awarded the Owen Rowley Memorial Prize, and Central St Martins College of Art, and was selected for the New Contemporaries at the Liverpool Biennial in 1999. He was the first artist in residence at The Natural History Museum, in 1996, and was commissioned to make work for the Wellcome Collection and the Embroiderers’ Guild in 2003, Norwich Castle in 2005, the EV&A Biennial Limerick in 2006, and the Millennium Square Greenwich in 2008. Since then he has exhibited with Brighton Museum and Art Gallery, the Contemporary Applied Art Gallery, and the National Trust. He has taught at the University of the Arts London, the Royal College of Art, and Anglia Ruskin University.

In 2021 his work featured in online shows curated in Poland, Spain, Argentina, Slovakia and Turkey; and in exhibitions at the Jam On The Marsh Festival in Kent, the 6th Kazan International Printmaking Biennale in Tatarstan, the Intaglio Miniprint Triennial at the Contemporary Art Centre, Kyiv, Ukraine, and Hommage à Trois, touring galleries in Catalonia. His solo exhibition ‘Dark Harbour’ was shown online with Galería Adrómeda 3.20 based in Mexico City in March; in 2022 he is in The Festival of the Smallest, in Amsterdam, and Black and White, in Studio Next, Kolkata.

Julian Walker can be found on the web at julianwalkerart.com and on Instagram here