How To Construct The Void 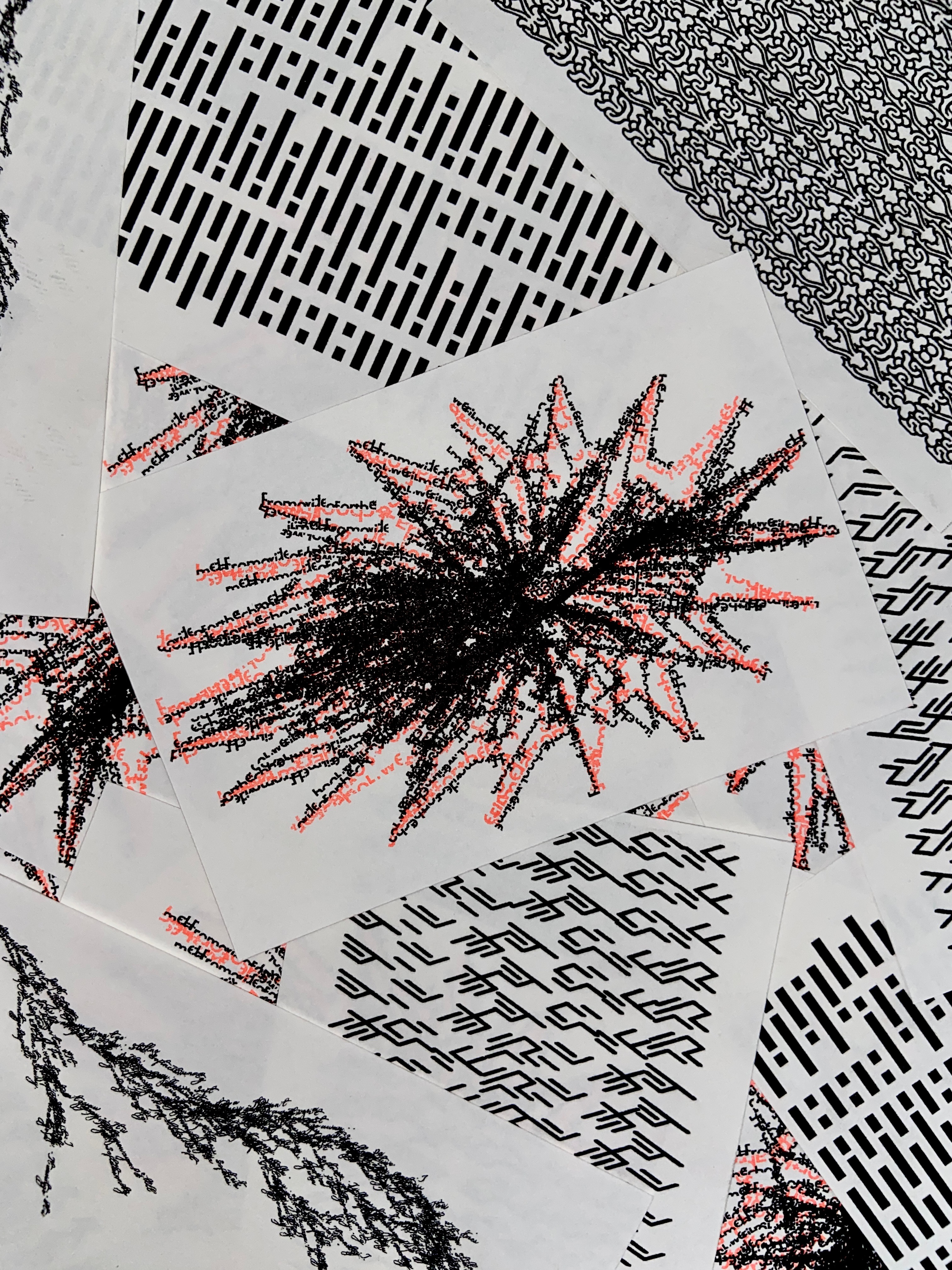 How To Construct The Void is a series of visual poems, created by S Cearley working in concert with what is imprecisely called artificial intelligence (AI) and computer-generation.

Technology brings faster, cheaper, more prevalent production. Mass production replaces the emotional connection of the unique with the emotional comfort of the easily recognized. Home cooked meals versus the familiarity of the McDonald’s. Replacing an artist with a machine does not necessarily generate worse work, but the results are different. “Glitch” art is based on this. The artifacts of mass production are used by an artist to add technology while keeping the core, human, artistic process. My process is different. It relies on the precision of the computer to create mass-production level of work, which I add human errors to. It is “glitch” in reverse.

S Cearley has tricked a computer into making poetry when it thinks it is making art. He is a former researcher in artificial intelligence and its use in generative literature, lecturer in philosophy, and a writer. For many years he has been creating these poems by tweaking expert systems, pushing the boundaries of the intended use of software. In the crisp, elegant world of mathematics and logic, he injects the fœtid swamp of human nature.

His concrete poems have been published in many journals both on-line and on-paper. He has held classes on concrete poetry across the US, and many works have been featured in galleries in North America and Europe.

S Cearley can be found on the web at futureanachronism.com.